Ren'Py is licensed under a very liberal license, that allows for free commercial and non-commercial use. Read the full license for details, but a short summary is that you can distribute Ren'Py games however you want, as long as you include LICENSE.txt.

For your convenience, we've posted the Release Announcement and Changelog.

2007-11-22: There is an issue that causes crashing when a character having a ctc indicator says a line containing the {w} text tag. It can be fixed by replacing renpy-6.4.0/renpy/character.py with character.py.

2007-12-10: There is an issue that prevents image prediction from working in many cases. It can be fixed by replacing renpy-6.4.0/renpy/character.py with character.py.

2007-12-16: The "Build Distributions" command of the launcher can produce corrupt zip files in some case. Please replace renpy-6.4.0/data/distribute.rpy with distribute.rpy to fix this problem.

I've released Ren'Py 6.4.0 "Character Actor", the latest and greatest release of Ren'Py. This release focuses on the in-game experience. The Character class has been rewritten, adding a number of new features. One can now define adv or nvl characters, and have those defaults used by future characters. There's now a new name_only character, which controls how say statements with string names are shown. We've also made it so that one can use different click-to-continue indicators for pauses and nvl-mode page ends.

Other improvements include the ability to control mouse visibility, an At function that provides an easy way to apply Move and friends to displayables, functions that can check if images have been seen and audio files have been played, and more. We've also fixed several bugs, including a long-standing one that prevented unicode window titles from working on Windows.

Downloads and a full release announcement can be found at:

Rewrote the way in which dialogue is handled. This has a number of repercussions, although it should be mostly backwards-compatible for existing games.

The first change is that is now a function, rather than a class. It can create instances of the new ADVCharacter and NVLCharacter classes, which are the classes responsible for managing dialogue.

By defining a new adv or nvl character, it's possible to change the behavior of all characters of the given kind defined after that one.

The default narrator is now a character. There is also a new character object, unknown, which is copied and used when an unknown character (that is, one with a string for a name) speaks.

Characters now take a new ctc_pause argument. If supplied, it gives a click-to-continue indicator that is used when the {p} or {w} text tags cause the display of dialogue to be paused.

Added and . If set, these override the ctc and ctc_position parameters of a character during dialogue when the next statement is "nvl clear".

Added a new variable, , that controls if the mouse should be visible at any given moment.

and now take a clear argument, which controls if the transient layer is cleared at the end of a transition or interaction.

The new function provides a nicer syntax for applying position objects (the result of Position, Move, etc.) to displayables.

Added as an alias for .

Added the new and functions, which keep track of the images that have been seen and the audio that has been played, respectively.

Added , which is the counterpart of .

The screenshot displayables returned from and are now image manipulators, which means that other image manipulators can be applied to them. For example, one can apply to a screenshot to sepia-tone it. The new _file_picker_process_screenshot function can be overridden by the user to change the look of the game in the current menus.

The variable is a map that allows one label to be overridden by another.

Modified the behavior of return so that it evaluates the return expression with the values of dynamic variables found inside the function that has been called.

Fixed viewports so that they properly block access to buttons that are outside the viewport.

Patched SDL so that it can properly set non-ascii window titles on Microsoft windows. 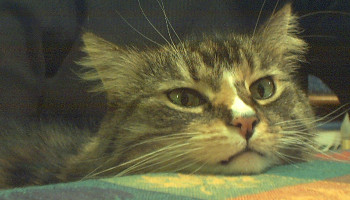 The following downloads may be useful if you want to run a windows-only Ren'Py program on other platforms, or if you plan to port Ren'Py to a new platform. Recent versions of Ren'Py default to producing distributions for all three supported platforms, making these programs rarely necessary.